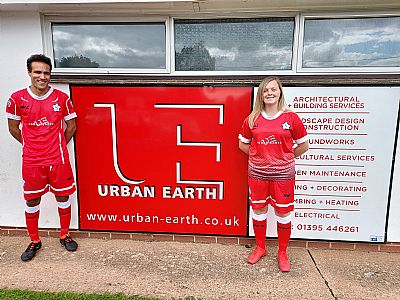 Following the season being cut short, Lockdown, one act of mindless vandalism and an arson attack, Budleigh Salterton AFC have

picked themselves up, dusted themselves down and with some help from various organisations got back to business.

The ground ha now been extended with new banking to giving the club three five a side training pitches, two are in action this year with the third to follow next year.

New grandstand seats have been installed to replace those vandalised with the help of a kind donation from Budleigh Lions Club.

A brand new fence now runs up Greenway Lane with the help of RGB Building Supplies.

only possible thanks to donations from Reflex Marine and Mortgage Supermarket.

The club has had board sponsorship from Sampson Butchers and Marco's Italian to help with the floodlight maintenance, which will

be good for this season. Unfortunately the floodlights require replacing, twenty years of salt air and bird droppings have taken their toll.

The club is looking to raise £22,000 to replace the sixteen lights, which is not a huge amount of money considering it is the emergency

landing site for the Devon Air Ambulance and how important this is to the town.

Finally Urban Earth have re sponsored the club for the coming season and before the 4-1 win over Chudleigh on Saturday,

The Robins 1st team look to the future with a new man at the helm.

Budleigh 1st team have a new manager for the 2020/21 season, and the new man at the helm is the highly successful Budleigh Ladies manager Dan Carthew. The decision to make a change was not an easy one to take, and the club is very grateful to Rick Withers who took over the team in 2018 when times were very hard and the team was at the bottom of the Peninsula League. The Robins decided not to stay with the Peninsula League when the reorganisation happened a year ago, instead opting to stay at the same level and join the new Devon Football League. This season has been mixed, but the new young Robins team has consolidated a place in the Devon Football League, which is credit to Rick’s guidance and coaching.

The fact that the team is so young and required development in key areas, it was felt that the coaching staff possibly needed a freshening up and a new face in the dressing room wouldn’t be such a bad idea. Dan has been massively successful at attracting Ladies to join the Robinettes squad; he is very progressive and attentive to every detail at training and on match days which has produced results on the pitch for the Ladies. Therefore, it was thought that there seemed to be no reason why he couldn’t have the same effect on the Robins 1st team.

With the club currently operating an U16, U18, and 1st team he would seem to be the ideal coach to develop the young talent we have at Greenway Lane and hopefully he will attract more young players who want to develop. Dan intends to carry on with his coaching badges adding to his existing qualifications and is keen to get the young Robins team out on the training pitch when it is safe to do so. The club is very aware on where it stands regarding players, it will continue to try and produce young talent from the academy and if the players prove to be of a quality that they move to a higher league the club has no problem with this, in fact it is a testament to the coaching at the club. There is also room for some long standing senior players who make up the backbone of the team and encourage the younger players, and we are sure that Dan’s appointment may well be of interest to local players of all ages.

Dan will be putting his backroom team together over the next month and although the Ladies were very reluctant to let Dan go they have a great replacement in last year’s No.2 Nick Long.

The U18 team will be working closely with the 1st team and again will be under the watchful eye of Mike Graham and the U16 have Luke Kellsall.

So the future of the Robins looks solid and everyone is keen to start as soon as the current restrictions are lifted. Finally, again the club would like to publicly show it appreciation and thanks to Rick Withers for the past eighteen months.

You can find these guys in the Robins car park 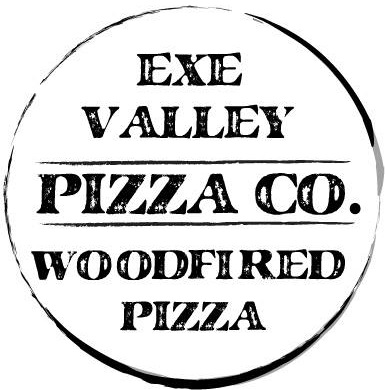 Bring it in to the clubhouse and have a drink

BSAFC will provide plates and cutlery. 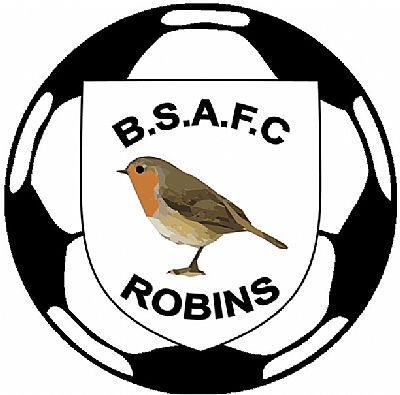 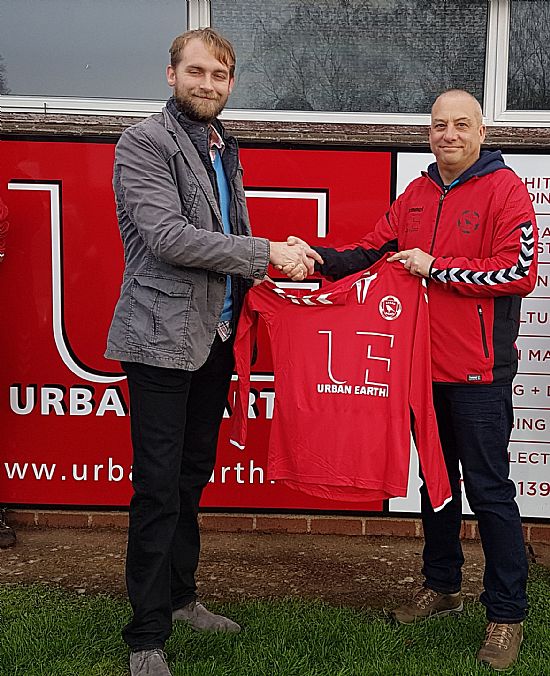 Come on You Robins!!! 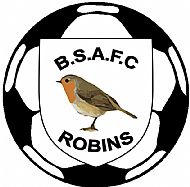 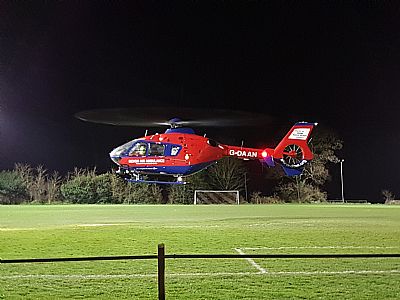